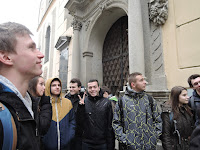 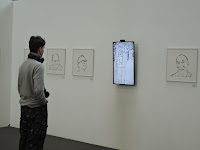 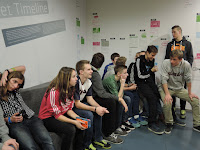 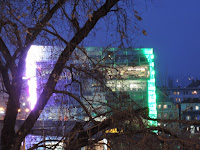 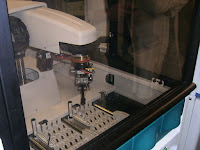 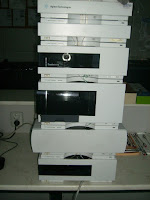 We have been to English performance…

Today in 2nd of December we have been to English performance at Forever Young. This have been in DDM - Úlita at part of Prague, Žižkov. This performance was done by the book the Orlando, written by a famous writer Virginia Wolf.

Adeline Virgina Wolf was a major English novelist, literary critic, essayist, editor, philosopher and feminist. Some of her works are part of the teaching of modernism. Adeline Virginia Stephen was born in London. This book was written in 1928.

The story begins during the reign of Queen Elizabeth I, when the main character, Orlando, still young.

Orlando was skating with his friends on a frozen river, where he met a young Russian Sasha. There he fell in love. Since that time, Orlando began to pursue poetry and wrote a diary. In another part Orladno fled to Turkey and then slept for three days and transformed into a woman. As a woman, she sailed on a boat with a captain. Sailed away to England. As a woman in London hosted meeting with her friend showed where things are old than her. But in this time she lived. Never grow old.

In my opinion, the performance of these amateur actors was amazing. Their British accent, added energy and the emphasis on the going place of. Even though it played no known actors, I liked it.

Today we have been to DDM Ulita to witness the English performance called “Forever Young”. It was a modified version of the Orlando play written by Virginia Woolf, who was an English feminist writer and lived on the split of nineteenth and twentieth century. It was about a man called Orlando Desmond, who has cheated the time by having his life candle switched for a bigger one, which made him practically immortal. Later, during his escape from Istanbul, where he has spent 300 years as an English ambassador, he has witnessed a man die and he morphed into a women. Subsequent plot was about male female relationships, women rights and similar. The play was very loud and boring in places, but under our circumstances, a worthwhile waste of time.

Today, we have been to English perfomance called „Forever young.“ It was based on the fictional novel „Orlando“ written by English writer Virginia Woolf. The plot was telling us a story about young nobleman Orlando, who is commanded by Queen Elizabeth I to stay forever young. Miraculously, he does just that. The story follows him as he moves through several centuries of British history, experiencing a variety of lives and relationships along the way, and even changing sex. I liked the actors and their acting, it was really enjoyable to watch. I liked the used music as well. Their English was very good and I understood every word they said. It was very good performance overall.